The raids are tied to controversial trading practice across the industry known as Cum-Ex, according to a person with knowledge of the matter who asked not to be identified in disclosing private information. Cologne prosecutors confirmed they were conducting activities in the matter on Tuesday, without saying where or at what banks.

“We cannot comment on ongoing investigations,” said a spokesman for Commerzbank. “We are fully cooperating with the authorities and hope the matter is resolved as quickly as possible.”

The tax scandal has caught up multiple financial institutions, including Bank of New York Mellon Corp. and Societe Generale SA. Deutsche Bank AG’s headquarters were raided in the matter last year, with damaging images of police cars in front of the offices circulating across German media at the time. Two weeks ago, the offices of Deutsche Boerse AG, the operator of the Frankfurt stock exchange, were being searched as well.

The Cum-Ex transactions, spawned from various forms of dividend stripping, relied on the sale of borrowed shares just before a company was scheduled to pay dividends. This allowed more than one investor to claim a refund on a tax that was normally paid only once, effectively double-dipping at the expense of the state. 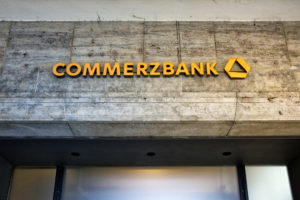 We’re ready to get started, are you?

Get in touch and we will connect you with the right people.

SOME OF OUR EXISTING CLIENTS